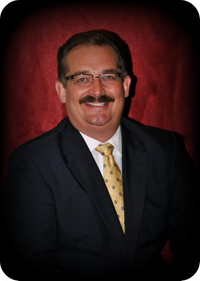 Brent grew up on a farm near Mt. Vernon, Illinois and is a graduate of Mt. Vernon Township High School. He attended Rend Lake Community College and received his degree in Mortuary Science and Funeral Service, in 1983 from Southern Illinois University at Carbondale. He received his Illinois Funeral Director and Embalmer’s License, while working at Hosselton Funeral Home in Cisne. Before purchasing the Roby Funeral Chapel, in 1990, he worked at Elias-Smith Funeral Homes in Alton, Bethalto and Godfrey. Since moving to Rushville, Brent has become very active in the community. He is a member of the First Christian Church (Disciples of Christ), where he served as deacon and elder. He is also on the church property committee and twice served as Chairman of the Capital Campaign Committee, when the new fellowship hall was built. He has served two terms as President of the Rushville Rotary Club, is a member of the Schuyler 708 Mental Health Board, a Life Member of Rushville Masonic Lodge #9 A.F. & A.M., Rushville Commandery No 56 Knights Templar and Royal Arch Masons Lusk Chapter # 20, Rushville Community Chest Board. He has also served on the Smile’s Day Committee, as Treasurer of the Phoenix Opera House, Past President of both the Rushville Lions Club and the Schuyler Division of the American Heart Association. For many years, he was a statistician for the Rushville Rocket Football Team and operated the clock at Schuyler Middle School Basketball games. Professional organization memberships include the Funeral Ethics Association, Tri-State Funeral Directors Association and the Illinois Funeral Directors Association, where he served on the Emergency Response and Election Committees. He is a former member of the Sarah Culbertson Hospital Board and the Rushville Moose Lodge # 506 Brent is married to the former Gayle “Liz” Lashmet. They are the parents of two sons Blake and Grant. He enjoys raising cattle and spending time with family and attending his son’s sporting events. 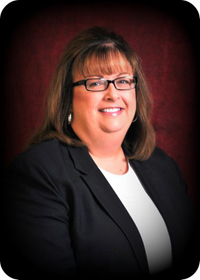 Liz is originally from Winchester, Illinois, and grew up in Beardstown. She is a graduate of Beardstown High School and attended Gem City Business School. She worked for Robert’s Foods in Springfield, Dr. Matt Vandermolen’s dental office in Rushville and DOT Foods in Mt. Sterling. After the birth of her first son, she decided to stay at home and began assisting with the operation of the funeral home. She has been a member of the Rushville Women’s Club and the Schuyler County Mental Health Board. She is the proud mother of Blake and Grant. Between her time at the funeral home and running the boys to all of their activities, she enjoys reading and spending time with friends. 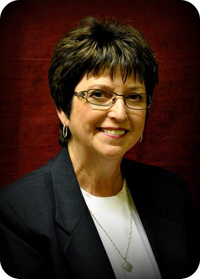 A native of the Arenzville area, she was a graduate of Triopia High School and of Jacksonville School of Nursing. She earned an Associate Degree from Spoon River College. She worked as a Licensed Practical Nurse at Passavant Hospital and Holy Cross Hospital in Jacksonville, Southeast Missouri Hospital in Cape Girardeau, Missouri and Mennonite Hospital in Bloomington. She and her husband Larry were married in 1969 and they owned and operated Robert’s Pharmacy in Rushville for over 38 years retiring in February of 2012. After moving to Rushville, she worked at Snyder’s Vaughn-Haven Nursing Home, served as an election judge and volunteered at Webster Elementary School and with Pandora’s Playhouse for many years. They are the parents of two daughters Marcia Smith and husband Wayne and Lynn Hutley and husband Ben and 3 grandchildren Veronica Smith, Isaac and Amelia Hutley. Betty attends St. John Lutheran Church in Rushville and is a member of Rushville Women’s Club, and a former member of the board of the Schuyler County Health Department and Schuyler County Cancer Society. She enjoys spending time on her family farm walking and riding her vintage bicycle. 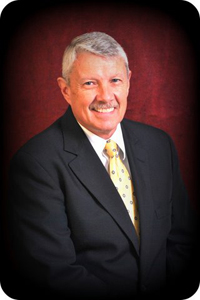 Terry was born in Savannah, Illinois, and grew up in Quincy. He was a member of the second graduating class from Christian Brothers High School in Quincy. He was a sales representative for Metropolitan Life Insurance and Best Food Products. He was a driver for Kirlin’s Hallmark for over 24 years. He moved to Rushville 1979, and began working at Schuyler State Bank in 1997 retiring in 2006. Terry is married to Janice Hull, who will be retiring from Schuyler-Industry School District, where she was a special education and pre-school teacher. Terry is the father of 6 children Kathy, Chris, Suzi, Tom, Zack and Erin, 9 grandchildren and 1 great granddaughter. His hobbies include reading, traveling, and spending time with his kids and grandkids. 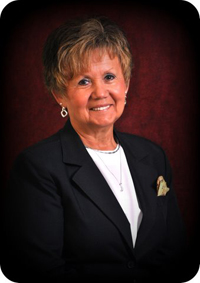 Janet is a Rushville native who graduated from Rushville High School and Springfield School of Beauty and has been a hairstylist ever since. She is married to Schuyler native Laverne Maxwell. They have one son Justin and his wife Sarah and three grandchildren Myer, Charly, and Brooks. Janet has played in several golf leagues over the years, including the Monday Night, Tuesday Morning and Friday Night golf leagues and the First Christian Church (Disciples of Christ). She serves as an election judge in Schuyler County. When she is not styling hair or playing golf, she enjoys gaming. 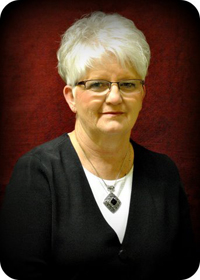 Nancy assists guest with memorial contributions and other help during visitations. She grew up in Schuyler County and graduated from Rushville High School. She worked for many years at Donna’s Fashions and Green Motors in Rushville. She is currently a teller at Rushville State Bank. Nancy also does clothing alterations. She is a member of the First Christian Church (Disciples of Christ) and the Schuyler American Legion #4 Auxilary. She is the mother of Mike Malcomson and wife Elisha and Kelly Greene and husband Greg. She has four grandchildren Andrew and Paul Malcomson,  Addie and Cooper Greene. In her free time, she enjoys attending her grandchildren’s activities and gardening.